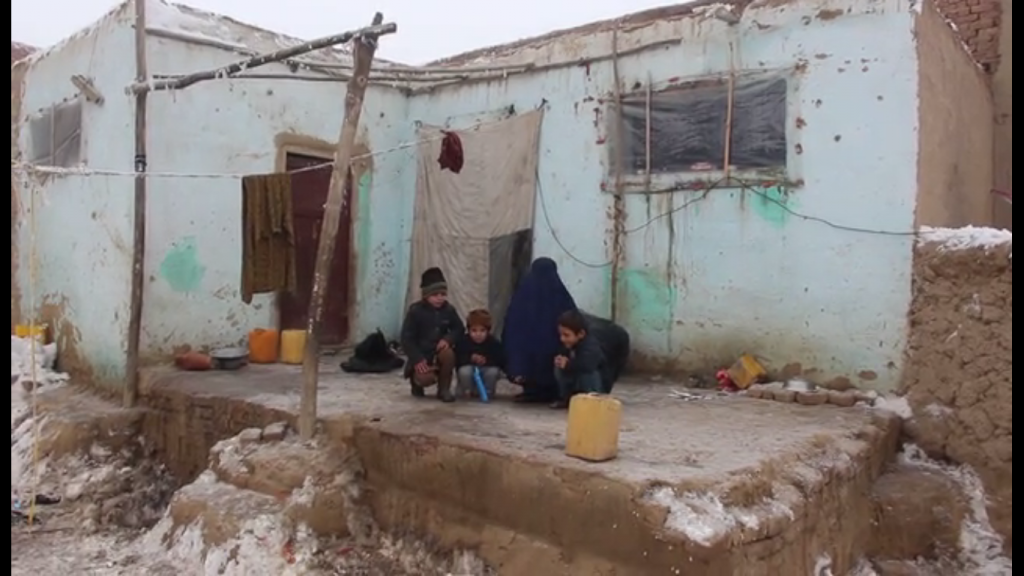 KABUL (Pajhwok): The wives of slain soldiers in northern Kunduz province complain about a miserable life they lead and no help from the authorities, but they hope their problems would resolve to a greater extent if peace is established in the country. Aziza, a mother of five children and resident of Imam Sahib District, said her husband was killed in a suicide attack in the district and she was currently

living with her children in a ruined house in the provincial capital. She added: “My husband was a policeman named Tahir. He was fighting for security and peace in the country, but his dream never came true and was killed in a suicide attack and he left us with a host of grief and problems.” Aziza, who lives in a mud house, told Pajhwok Afghan News: “It is winter, the weather is very cold, we have nothing to heat the room and protect the children from cold, May Allah (swt) help us.” To a question, she said: “I wash clothes in people’s homes and do other household works only to provide food to my children, I can’t do anything else.” She said her children always asked about their father but in the last three years she only lied to them that their father was on duty somewhere and he would come home in one or two months. She asked the government to at least provide her basic needs and help her keep warm her house in winter. “Initially we received some assistance, my husband gave the supreme sacrifice for this country and the government, so now we must be helped,” Aziz grumbled. But despite all these problems, Aziza hopes one day peace will come to the country and all their problems will be addressed. Shafiqa, the wife of another slain soldier, is leading a miserable life with her six children in a house in limits of 5th police district of Kunduz City. She

said her husband, a border police officer, was killed in an attack in Khanabad district one year ago. She added: “We have not seen a single good day since the death of my husband; my eldest child is eight-year-old. I work in people’s homes and other people help me.” She called on the government and the Taliban stop fighting and make peace so that other women do not become widows like her. She added: “Form the day we were born, this war has been going on. Stop this war! Make peace so the problems we and thousands of other families face will be solved.” The situation would improve if peace was achieved and her children would study and there would be no issue, she believed. In Kunduz, it is not just these two families facing numerous problems, but hundreds of other families are struggling with similar problems and are longing for peace. YousufAyubi, chairman of the provincial council, told Pajhwok Afghan News families of the fallen soldiers were dire economic situation in the province. He called on the government and donor agencies to help these families and stressed that the government and the Taliban must end the killing of Afghans and urged a ceasefire and peace as soon as possible. Police spokesman InamuddinRahmani told Pajhwok that most of the families of the fallen soldiers had been assisted and the rest would also be approached. According to the Department of Martyrs and Disabled, a total of 10,000 families of martyrs and disabled are registered with them in the province. Sa/ma