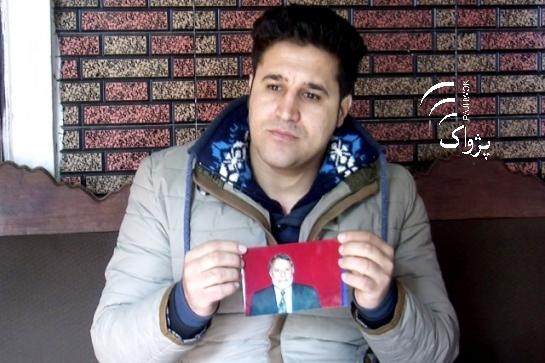 MAZARI-I-SHARIF (Pajhwok): The killing of a prosecutor in a suicide attack on the attorney office in northern Balkh province has negatively affected his family, his son complains.

On April 9, 2015, a group of suicide bombers attacked the office of appellant court prosecutor, killing 18 people and injured 67 others. A seven hours clash followed.

The 70 years old Abdul Khaliq Lalpurwal, ex-head of the attorney office, was one of the killed people in the brazen attack.

In an exclusive interview, Ahmad Hilal Ahamd Momand told Pajhwok Afghan News his father had retired from his job in 2014, but he continued visit the department to seen his colleagues and help them with their work.

“The day the suicide attack occurred, I dropped him at 8am in front of the office and went to my own workplace,” Momand recalled. After being informed of the incident, he contacted his father over the telephone.

His father responded: “I am OK, my son, but the attack is terrible. Right now, I am in the crime branch. Let’s see what happens.”

Being a son, Momand was concern about his dad. The mobile number of his father was switched off after 4pm, fuelling further his concern. At 6pm, he was informed the corpse of his father had been shifted to the Balkh Civil Hospital.

He has learnt from media outlets regarding the arrest o some suspects linked to the suicide attack. However, no security official has contacted him yet on case proceedings.

Although the death of his father had not affected them financially, his presence was to the family what the spinal cord was to the human body, observed Mohmand, who has our brothers and two sisters.

According to the young man, the governor’s house contacted him to register the name of his father. Later, he was paid an amount of 100,000 afghanis in compensation.

Similar attacks took place daily in different parts of the country, he said, asking the people to cooperate with the Afghan security forces in scuttling such plots.

It was obvious that foreign intelligence services and fighters were involved in such heinous acts, but coordination between the government and the masses could play a positive role in frustrating enemy designs, he argued.

His father had received a BA degree from Political Science Faculty of Kabul University. A prolific writer and poet, he had worked as attorney office head in Kunduz, Baghlan and Balkh provinces.