Sun of peace is about to rise: Jawzjan teenage activist 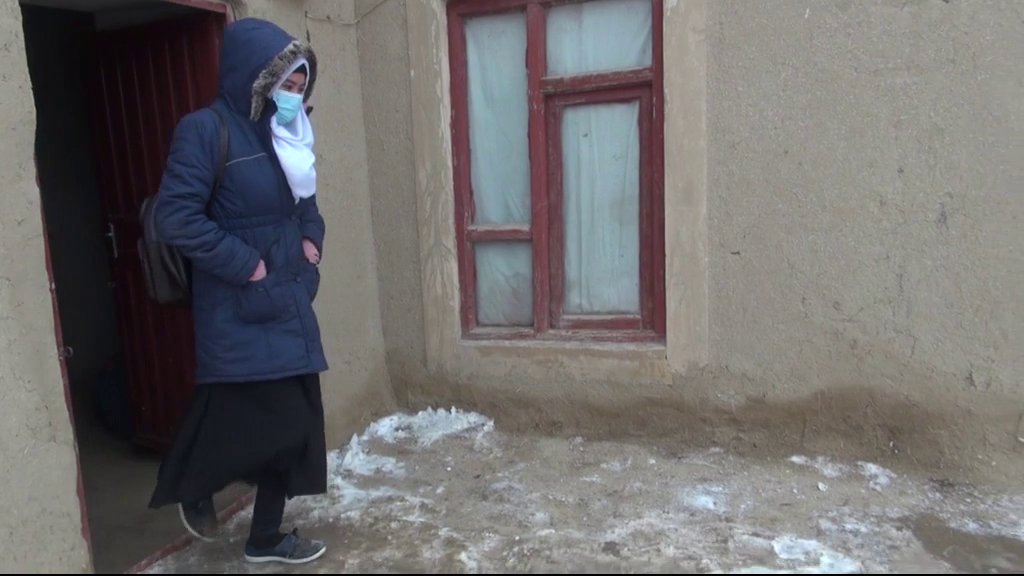 SHIBERGHAN (Pajhwok): A 15-year-old resident of northern Jawzjan province has been advocating for peace and encouraging families to send their daughters to school since four years. The girl, who has convinced many families to let their girls get education, says: “The twilight of peace is rising and Afghans should pray for its return to their country.”

Shahzada, born to a farmer’s family 15 years ago, is a resident of Khwaja Dukoh district of Jawzjan province and she is currently studying in the eighth grade at Khwaja Dukoh girls’ high school. In a family of five, only she and her brother go to school and her parents are uneducated.

Shahzada, her school topper, started working with Save the Children, a leading humanitarian organization for children, in Jawzjan province four years ago.

Since joining the organization, Shahzada has been working to solve problems of schoolgirls of her school, and to ensure the rights of children in the provincial capital and districts.

She says: “Before starting work in this office, I was a low-spirited girl and I would shy away from participating in school activities. I was among the lazy students. These issues bothered me but when a committee to support students was created in our school, I joined it.”

After attending several seminars and being able to be called a role model in school, she spoke to dozens of families who had stopped sending their daughters to school. During the past four years, she convinced many families to let their daughters go to school.

Shahzada, wearing a school uniform, was on her way with other students in early morning hours to attend an education program on peace and children’s rights.

Shahzada, when asked, agreed to coverage of her activities in the program. She said the sole purpose of her activities was to get people out of the current plight, especially children, who she said were future builders of the country.

“We ask God to bring peace to our country, so that our country also develops like other countries of the world and our children have a bright future,” she said.

After entering the seminar room along with her classmates, she took out her a notebook from her bag and started reading a text that said she would be the narrator of the program.

She started the program with praying for peace and said, “We the people of Jawzjan ask the Taliban to stop war and violence and come to peace, we all the people, children, youths and elders are tired of war and want peace and war has darkened our whole life.”

With a lump in her throat, she also told the story of her relatives lost in war and said, “All those who lose their lives in war are our brothers, whether they are fighting in Taliban or Afghan forces, so what is war for?.”

She also provided information about the value of peace and consequences of war to the seminar and said, “Peace programs are very important for children and it can prevent children from joining militant ranks and can help peace and stability.”

Care for children’s problems in schools and families:

Besides encouraging families to send their children to school, advocating for peace and working to resolve problems of schoolgirls, Shahzada has also resolved the problems of many students with their families.

“I write a report on children who are subjected to different forms of violence and then share it with my office for finding solution,” she said.

She said, “If a family presents a healthy child to the society, it means that a healthy family is presented and it can help us to have a peaceful country.” Shahzada wants to become a doctor in the future and serve her people.

Shahzada — a role model for other students:

Sediqi Hoshmand, a teacher in the Khwaja Dukoh district girls high school, told Pajhwok that Shahzada was previously a shy girl, unsocial and would take little part in lessons, but now she was a role model among her other peers. 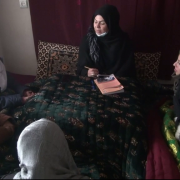 “Besides her school lessons, she has been advocating for peace here and other districts as well as runs public awareness programs about children’s rights, she is a pride for our school,” she said.

She said Shahzada was a gracious girl and she was known for her character in villages and districts and she wrote stories of success and spread positive spirits among children and families. Now other students also try to follow the role of Shahzada and spread their talents for good, she said.

Mohammad Ibrahim, father of Shahzada, said, “I am an uneducated man and do not know about literacy but I know about its value, I feel happy when my daughter works for peace and the rights of children and encourages people for humanity.”

“I have been a laborer since my childhood and was deprived of school, but I will not let my children to be deprived of education,” he said.

Bahlol Hajati, head of Children’s Protection System of Save the Children, said that Shahzada was one of 300 children who had been working since four years for rights of children and peace and she was a role model.

“This girl was able to promote her talent in a short period of time and she also helps us as a volunteer in our activities,” he added.

Habiba, a 12-years-old girl who was prevented by her family form going to school, said, “Shahzada saw me in a street when I was playing. When I told her that my family does not allow me to go to school, she visited my family and told them not to stop me from school.” She said her mother first denied and told Shahzada that it was her father to decide.

“Shahzada along with two tribal elders met my father and they asked him to let me go to school, after repeated requests, my father allowed me to go to school, I am now in the fourth class,” she said.

Abdul Hamid, father of Habiba, said, “It was amazing when Shahzada came to my family and asked us to let my daughter go to school. I thought with myself how beautifully this minor girl is trying to convince me to let my daughter go to school, then she told me about the rights of children on their parents, it was very amazing for me when a 15 years old girl talks beautifully with reason and logic.”

“I was actually influenced by the talks of Shahzada and I was encouraged to let my daughter also get education and that was the reason I allowed my daughter to go to school,” he said.

Prevention of violence against children:

Most of problems Shahzada is dealing with are related to violations of rights of children in districts.

The girl said that most people in Khwaja Dukoh district were associated with farming and children during their school recess were forced by their families to work in farms that also included hard labor. “If children refuse to follow the orders of their parents, they face violence”, she added.

Rabia, a classmate of Shahzada, said, “Initially I would not understand things she would talk about, but later I developed interest in her activities, speeches and meetings.”

“When she talks about peace and rights of children, it is very amazing for us because we do not know about such things,” she added.

“Now I know all rights of children and the value of peace and damages of war, I and my other classmates hope to become like Shahzada because all her speeches about peace and children’s rights are on our own language,” she said.

Shahzada also talked about peace negotiations. She was very optimistic about the talks and said, “The prayers of our people are going to be fulfilled, we should be thankful.”

She said Afghan children were affected by war more than anything else. She asked all children and teenagers to advocate for peace and start it from their families, streets, local bazaars, madaris, schools and with their peers.

Shahzada asked the government and the Taliban to show mercy on orphaned children and other minors facing the danger of war by putting the conflict to an end and letting the sun of peace to rise.