KANDAHAR/JALALABAD (Pajhwok): Released from captivity, a Taliban member and an Afghan National Army (ANA) soldier both want peace and an end to the Afghan bloodshed. Both say the Afghans should live in peace instead of hated and prejudice.

The deadly conflict in Afghanistan has been ongoing under different names since 1979, but a historic peace agreement between the US and the Taliban in February generated new hopes among Afghans for peace.

Both said the Afghans in the past stayed in trenches and planned to kill each other, but now they wanted peace and an end to the bloodshed. 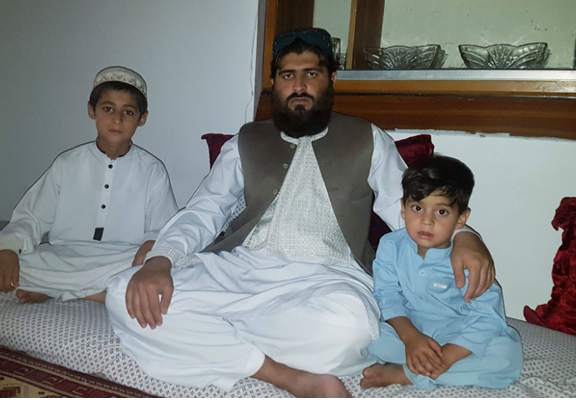 Syed Abdul Muntaqim Agha, a Taliban member who was released from the Pul-i-Charkhi prison, said he after his release he pledged to spread the message of peace and committed himself to work for peace and never return to the conflict in any circumstances.

Abdul Muntaqim, 24, a resident of Kandahar province, was among 3,000 prisoners freed 20 days ago.

He joined his family after five years and nine months in prison.  Abdul Muntaqim said he was arrested by the National Directorate of Security (NDS) personnel in Kandahar on September 20, 2015.

After his release, Abdul Muntaqim is hopeful about life. “It was Friday evening, I went to the Bagh Pul area with my friend on motorcycle for sightseeing and upon my return, and NDS personnel who chased me arrested me over links with Taliban. First they took me to the local NDS headquarters, than to main NDS headquarters and later to Kandahar Prison.”

He said he was tried three times and each time he was sentenced to eight years in jail. Later he was shifted to Pul-i-Charkhi prison where he spent five years and nine months before he was freed.

He, however, said for the sake of peace and stability in the country, he would forget his pain and difficulties he endured because it was the time to love and instead of hate and biasness.

He said being a young man, half of his life was gone in fighting and prison, but now he wanted to live his remaining life with his family in peace and stability.

Abdul Muntaqim said peace as not only his desire, but every individual of this country hoped for peace because fighting took everything from Afghans.

He said he strived to make himself familiar with the environment of prison, adding that in the morning they were taught religious subjects and in the afternoon modern subjects were taught to prisoners. In addition, he said he played football and cricket with other inmates.

Abdul Muntaqim is very happy after his release from prison and rejoining with his family.

“Not only me, but all of our family, relatives and friends are happy over my release. No I have started a new life with new hopes and would never return to the conflict,” he believed.

He said he release happened as a result of peace efforts and his release brought the message of peace so he would strive and work for peace with all of his abilities.

Abdul Muntaqim pledged that he and his hundreds of friends who were freed will not return to the conflict.

The former Taliban fighter said after his arrest, his family’s economic condition deteriorated as his father was an elderly person and his other brothers were small.

He said first he planned to improve the economic condition of his family and complete his studies that left incomplete due to his arrest. He said he also planned to get married and make his own family.

Abdul Muntaqim studied in the Kandahar nigh school before he was arrested. He called on the government and the Taliban to free the remaining prisoners and demanded a prompt end to the ongoing conflict.

He termed the ongoing fighting as the killing of Afghans and brothers and said: “Security personnel are Afghans and the Taliban are Afghans. Afghans should no more be killed under any name and all should live like brothers.”

Abdul Muntaqim asked the International community to sincerely work for Afghan peace process so that the difficulties Afghans had been suffering due to the conflict came to an end.

He said he was very happy and hopeful to the ongoing peace efforts and prayed for its success the way that it ensures safety to everyone and protects the national interest. 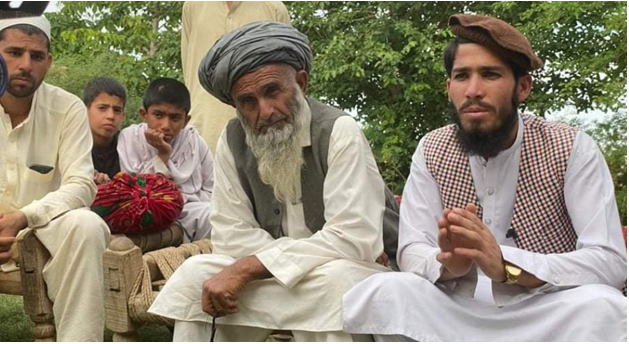 An ANA service-member freed from the Taliban prison also believes that the killing of Afghans should come to an end and Afghan government and the Taliban should reconcile and ink a peace accord.

The freed service-member, Ajir Nabi, hails from the Shinwari district of Nangarhar province. He served in the army for two years and spent the last two years in the Taliban prison.

“I was in army, engaged in fighting with the Taliban in the Khas Uruzgan district of Uruzgan province. They captured me and now freed in as part of the prisoner swap process,” he said.

Referring to his time in Taliban prison, Ajir Nabi said, there was food shortage. "Nobody looked after us, our three colleagues died in one day and their bodies produced bad smell.”

He said for the sake of protection of this country and its people he was ready to forget all difficult time he spent in the Taliban prison and has no intension to join the army again.

He demanded an immediate end to the ongoing conflict and believed that the killing of Afghans could end only through a peace agreement between the Afghan government and the Taliban.

“When I recall the prison days and nights with the Taliban in trenches, I really feel for peace. I pray for quick peace so that my other friends could also return to their homes,” he said.

During his service in the army he got married and after three months of his marriage he was arrested and his family and friends were very happy the day he returned home.

He prayed to Allah for peace, release of all prisoners.