TIRINKOT (Pajhwok): A 70-year-old woman, who has lost her husband and three sons to the ongoing conflict, hopes for peace.

A resident of central Uruzgan province, she believes the establishment of durable peace would have a positive impact on the lives of her orphaned grandchildren.

Maryam, not her real name, said her husband was killed in the early years of the conflict. Following the deaths of her three sons in recent years, responsibility for looking after four widows and 25 orphans has fallen her shoulders.

Elderly Maryam hospitalized last month due to the illness she was suffering but now she has recovered and returned back to her ruined house.

She lives in a three-room mud house in the Tora village west of Tirinkot, the capital of Uruzgan province, with her daughters-in-law and orphaned grandchildren.

Feeling unwell, Maryam struggled to come out of her home along with her grandchildren and sat in front of her gate in a narrow street for this interview with Pajhwok Afghan News.

While sobbing out her saga, she said: “My husband was killed 30 years back as a result of the civil war among mujahidin groups. I was left with three sons and one daughter who I brought up with immense difficulty...”

She added: “For years I washed and sew clothes and sold them.” Maryam convinced her son to tie the knot with his uncle’s widow. Her son later became a security guard of former Uruzgan governor Jan Mohammad Khan and married another girl.

He had three children from his first marriage. After a few years of service, he was killed in a Taliban attack, leaving behind two widows and 17 orphans. After the killing of Naqibullah, her second son Saifullah joined the police force. But he was also killed in a Taliban assault.

Saifullah also left behind five orphans and a widow, recalled the woman, who lives in a small house with her elder son’s orphans and widow.

Her third son, Nabiullah, was killed in a bomb attack by the Taliban. The young man was blown up when was bringing wood to the village.

Maryam, now the caretaker of a large family, look after four widows and 25 orphans. “I pray for an end to this four-decade conflict. Because of fighting, my house is full of young widows and orphans? If sons of the elite had also died, there would have been no conflict today,” she remarked.

Looking forward to stability in the country, Maryam said she would not have lost her spouse and sons if there had been peace in the country. She tied her misfortune and suffering to unending hostilities.

She is still optimistic for peace and believes that her orphan grandchildren would be able to go to school and have a bright future.

She said her widow daughters-in-law often visit NGOs go get some aid but no organization provided them with support.

She said the source of their unfortunate present is the last 40 years of war, adding that like her daughters-in-law many other women got widow due to the conflict. 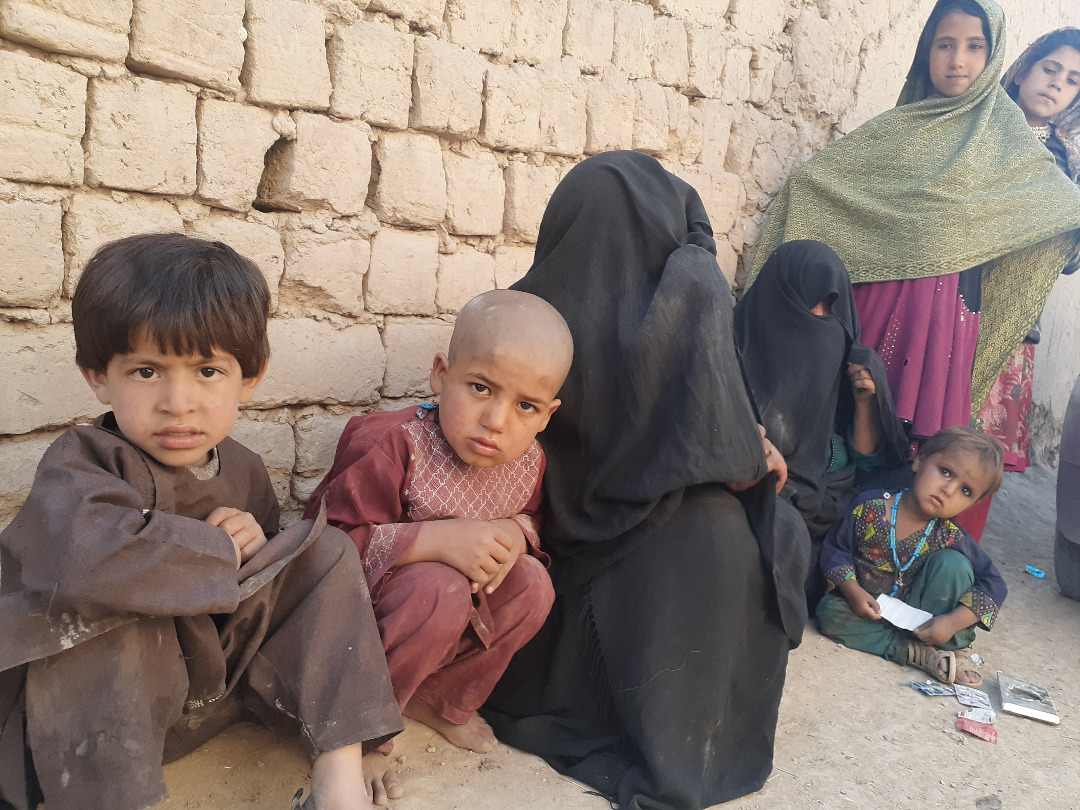 The woebegone woman complained her sons were members of the police force but their service records were not maintained. As a result, their families received no assistance from the government.

Her neighbour Mohammad Azeem said he was worried about the situation being faced by Mayam’s family. The man added he was often shocked looking at the family’s plight.

He, however, hoped that with the return of peace, many Afghans, including the grandchildren of Maryam, would see a positive change in their lives.

Just like Maryam, he explained several war widows in Tirinkot were looking after orphans. Many families in other parts of the country are in a similar situation.