Back home after 35 years, Rahim pleads for peace

CHARIKAR (Pajhwok): Having lost his ability to speak, Abdul Rahim has reunited with his family after 35 years of disappearance. But the darkness of war that alienated him from his loved ones has not yet given way to the dawn of peace.

Abdul Rahim, 64, is a resident of the Regrawan village of the Hesa-i-Doem Kohistan district of central Kapisa province.

The difficulties caused by the conflict, insecurity and being away from family have taken away the speaking power of Abdul Rahim. With his tongue gone red, the man is suffering from psychological issues. But he can still convey his message with fingers.

Through gestures, he underlined the need for ending the ongoing war and establishment of peace and stability in the country.

His relatives recall Abdul Rahim was a strong, humble and sweet man in his youth. But the problems he has gone through made him weak and bent-up.

He asked his son Farid Agha to narrate the moving story of his disappearance and recovery to this Pajhwok Afghan News reporter.

Agha was six years old when his father disappeared. While telling the tale of his father, he was unable to fight back his tears -- and so did Abdul Rahim.

Farid said his father suffered from some sickness in 1985 when he was 29 year-old. He was admitted to a Kabul hospital. He had two sons and three daughters.

After spending a few days in hospital, the man vanished into thin air. Despite a hectic search, Farid 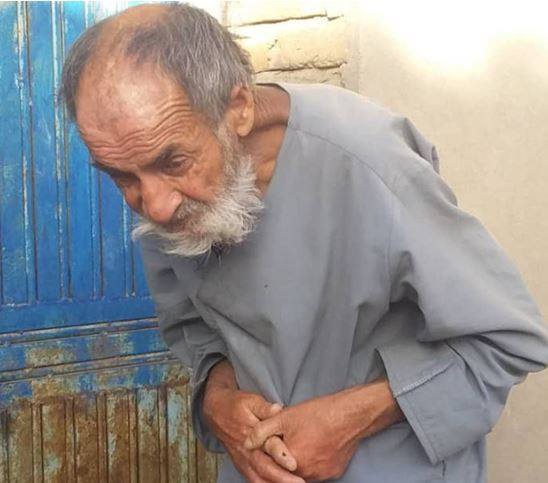 was unable to find him and had to return home disappointed.

While linking the unfortunate incident to war and insecurity in the country, Farid hoped recent efforts for peace would lead to an end to the ongoing trail of murder and mayhem.

The hapless family cried over Abdul Rahim’s disappearance for 35 years and his mother went grey. Farid and his brothers and sisters spent their lives without their father’s love.

All of a sudden, someone informed Farid that a mysterious man living in the Mansoor Restaurant in Mazar-i-Sharif might be his father.

On April 14, 2020, he traveled to Mazar-i-Sharif and saw the old man near Mansour Restaurant. The frail man was unable to speak. Difficulties of life had made the old man weak, Farid commented.

Sitting next to his father, Farid said: “When I saw his beautiful face, I recognised him. We hugged, shedding tears. I hugged him again and again and people gathered around us.

“I wiped his tears with my handkerchief. But they were unstoppable and we wept a lot. Those were the tears of joy. But my father’s inability to speak pained me beyond words...”

Farid added: “I called home and told my mother that I have found my father. Instantly, our house reverberated with cries of joy. When we reached home, it was evening and everyone huge my father, a man who had returned home after 35 years. However, his inability to speak saddened every member of our family.”

Farid opined all problems that befell his father had stemmed from war in the country. He stressed the imperative of peace and stability. He claimed the military had taken away his father from hospital and forced him into conscription in Mazar-i-Sharif.

According to Farid his father suffered from psychological disorders during his military service. The old man received five bullets in his leg and spent the remaining time at Mansour Restaurant.

The restaurant owner Syed Mobin provided the Abdul Rahim with a place to live in on humanitarian grounds. The loss of his ability to speak was tied to stress, psychological pressure, being away from family and privations of life.

Farid said his father had been unconscious for some time -- unable to tell the address of his family and home. Thus he spent half his life away from his family.

Farid’s voice was choked with emotion, given the painful story of his father. He did not know exactly what difficulties his father had gone through during this period because Abdul Rahim himself cannot speak and has not told his family about his suffering.

Now that he has undergone medical treatment, Abdul Rahim’s psychological condition has improved. However, he is still unable to recognise his family members.

Farid hoped one day his father would fully recover and regain the power to speak, call his sons and share his excruciating memories with them.

About his Rahim’s feelings, Farid said his father spurned militarism because fighting had brought misfortune to his family -- as indeed all the people of Afghanistan.

Abdul Rahim insisted that fighting only brought destruction to the country. He called on the warring 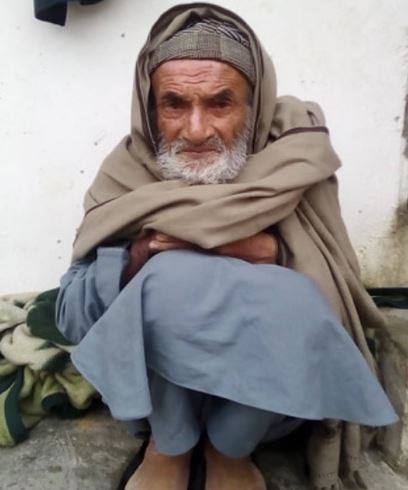 sides to stop fighting and reconcile in the best interest of peace.

He explained his tongue had turned red due to war and at a time when he was unable to speak, the world meant nothing to him.

With his eyes welling up, Abdul Rahim pointed to his sons and grandchildren and said his spouse was in the last days of her life. However, he wants the new generation, including his grandchildren, to live in peace and tranquility.

A woebegone Bibi Amina, Abdul Rahim’s wife, tied her husband’s condition to conflict and insecurity. Cursing the war, she said: “In the absence of Abdul Rahim, we saw difficult days and I forced my children to quit school and work for their survival.”

While dreaming for nation-wide peace, Amina said there should be no boom of bullet violence should end so that more families did not see war-triggered suffeing.

In Afghanistan, war has been ongoing under on one pretext or the other since 1979. The conflict knows no end, though the Afghans have rendered a lot of sacrifices.

However, with the signing of the peace agreement in Doha on February 29 between the US and the Taliban, a new hope has emerged for peace in the country.

Long-elusive intra-Afghan negotiations are expected to start soon as part of efforts to end four decades of conflict in the country.