‘Peace is to me what water is to a fasting person’ KANDAHAR CITY (Pajhwok): Mullah Naik Mohammad, who has devoted most of his life to the cause of peace, believes the goal can be achieved only when all people say no to war.

The 60-year-old member of the Public Peace Movement hails from the Daman district of Kandahar province. He has been participating actively in peace campaigns, gatherings and civil movements.

Mohammad travels to far-flung areas to create awareness among the people regarding peace. The untiring man seeks to inspire his compatriots into demanding peace with one voice.

Mohammad, the elder of his village, shared his views with Pajhwok Afghan News during an exclusive interview. “We have spent the better part of our life suffering from war.

Having studied at a seminary, he works on farms to earn a livelihood for his family. But after the launch of a nation-wide peace campaign, he devotes much of his time to effort.

Since his adulthood, the man from Daman has seen a lot of fighting and unfortunate incidents. Happiness has rarely come his way.

The acute pain caused by decades of war has forced him into paying full attention to peace activities.

He, however, believes peace cannot be established in the country until every Afghan says no to war. Otherwise, he warns, peace will remain elusive. 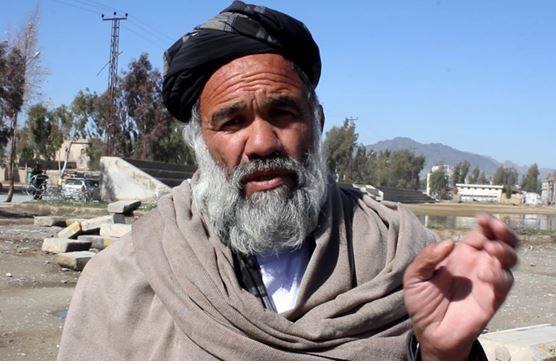 About recent developments on the reconciliation front, Mohammad insists on lasting peace -- not a short-term cessation of hostilities or a deceptive truce.

He believes ongoing efforts should ensure a halt to fighting in the country and lead to real peace.

A recent spike in fighting in different parts of the country has disappointment people because everyone expects a reduction in violence, he notes.

As the trail of death and destruction continues, he asks so how one can expect peace and stability in the country.

He goes on to urge the Taliban and the government to show flexibility in their positions and put the national interest ahead of personal gains.

Frustrated by Taliban’s refusal to declare a Ramadan ceasefire, he opines the insurgents should have considered public aspirations.

At a time when the people are tired of war and all aspects of life have been badly affected by the coronavirus, he saw no justification for Taliban’s rejection of the ceasefire offer.

“Almighty Allah likes the truth. If I speak the truth, the government should respond positively to the public demand for peace. The Taliban have never respected public demands.”

The Afghans want peace at all costs, as it is their religious, legal and humanitarian demand which should be heeded, Mohammad maintains.

Along with members of the Peace Caravan, he has visited different districts and villages, but the coronavirus outbreak affected their efforts. Even then, he says, they are still committed to working for peace.

Shared his experiences, Mohammad recalls: “Once we travelled to Maiwand district, residents came out to welcome us.

“They joined the caravan in chanting peace slogans. Children and teenagers also joined us. Everyone asked when peace will come to our country.”

He calls it an unforgettable memory of his life -- teens, women, elders and children seeking peace in their country.

Voices of those children would always resound in his mind, adds the activist, who hopes the parties concerned will take pity on the people and end the war.

Just like Mohammad, hundreds of Afghans and dozens of civil society groups recently launched activities for peace in the country.

They organise rallies, caravans, media briefings, educational and sports events to highlight the importance of peace to the common people.

The public peace awareness drive is worth mentioning. The effort was launched two years ago in war-devastated Helmand province. 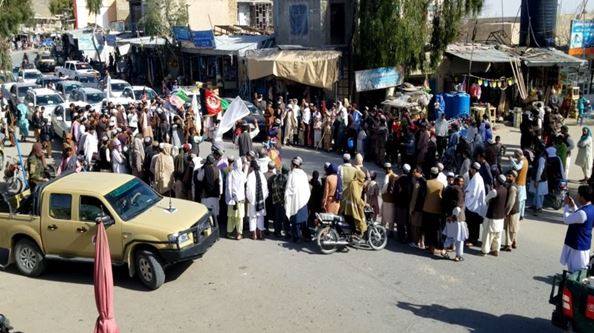 The activists arrived in Kandahar province before reaching Kabul and other parts of the country to spread the message of peace to the teeming masses.

Bismillah Watandost, head of the Public Peace Movement, said previously war was a priority and peace only an empty slogan.

But when people launched a civil movement, peace emerged as an urgent cause that drew the international community’s attention.

Subsequently, pressure started mounting on parties to conflict to renounce violence sit across the negotiating table to resolve issues.

Mohammad, determined to continue his mission, explains through rallies, caravans and other means they have travelled to 43 Taliban-controlled areas.